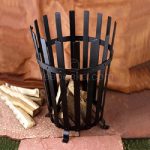 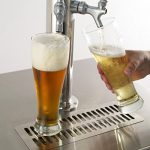 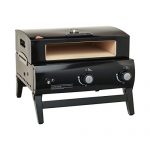 Product prices and availability are accurate as of the date/time indicated and are subject to change. Any price and availability information displayed on [relevant Amazon Site(s), as applicable] at the time of purchase will apply to the purchase of this product.

The Roman Fire Pit is a classic example of a simple fire brazier that could have been found within the bounds of any camp in the Roman army, whether they were camped outside a city in peace times or besieging a city’s walls in times of war. Braziers like this would have been spread about a Roman army’s camp in order to provide light in the evening and night, as well as to provide warmth during the colder months. The brazier’s design, cage-like and composed of several iron-metal slats, is designed to hold in burnable materials while allowing much of the fire’s heat to escape. This brazier has a great darkened, cast-iron look that makes it look like an authentic relic of history, even though the Roman Fire Pit is actually a replica, albeit a fantastic looking replica that would make a great addition to any history enthusiast’s collection, as well as a great addition to any Roman army re-enactment.
A Replica Brazier Used in Roman Camps
Features an Quality Darkened Iron Appearance
Made from Quality Materials
A Great Display Piece or Collector’s Item
Makes for a Great Medieval Gift Idea